The Board Of Directors has made the decision that we will no longer be renting the Social Hall for events of any kind.

Bingo will continue as usual on Friday and Sunday evenings since this is a fire department function, not a rental.

Fire Officers for 2023 are as follows:

Thanks to everyone who agreed to serve. Here's to a safe and effective 2023!

Belle Valley was dispatched to assist other departments for multiple calls on 12/23 and 12/24. We responded to a total of 7 structure fire calls and 2 EMS calls.

On 12/23, Belle Valley was dispatched to assist Lawrence Park for a fully involved residential structure. Tower 369 responded at 8:43 PM and was at the scene until almost midnight. Due to the extreme weather conditions and winds, 12 different departments/organizations responded, including the City of Erie. On 12/24, we were dispatched again for a rekindle of the Lawrence Park fire. Tower 369 again responded at 7:00 AM and remained on scene until almost 9:30 AM.

Much respect to all of the first responders (fire, police, EMS, dispatchers, tow operators, snow plow drivers, and others) working to keep us safe everyday, but especially around the holidays.

Here are a few pictures from the Lawrence Park initial fire...

Some of you have undoubtedly seen the news article regarding hiring of paid firefighters and a fire chief for Millcreek Township.

Sadly, volunteer firefighters have been aging out of the ranks, and very few new volunteers have been applying. Pennsylvania has approximately 37,000 volunteer emergency responders. That number was nearly 300,000 in the 1970's. With the lack of volunteers, it's been increasingly difficult to provide a timely and effective response, especially during the daytime hours.

This has been under discussion for a number of years now, because it's not a new problem. This is a first attempt at trying to address the problem, admittedly in at least a small way. What this will mean for The Belle Valley Fire Department and for Millcreek Township remains to be seen, but the 100% ready, willing, and able volunteer model of the past is just not working today.

We encourage all Millcreek Township residents (and especially Belle Valley residents) to contact the Millcreek Township Supervisors with any thoughts or concerns on this issue. Their next meeting is on Tuesday 12/20/22 at 5:30 PM at the Township building on 26th and Caughey,

Congratulations to all newly elected members, and sincere thanks to all members for your participation in 2022! Line officer and support staff positions will be announced as they are appointed by the chief officers.

Wednesday training consisted of live fire exercises with Kearsarge and Kuhl Hose. These sessions give firefighters the opportunity to train under realistic fire conditions with other departments who are likely to be helping each other. Firefighters are continuously monitored both inside and outside the fire area by experienced chiefs and officers to insure safety as well as correct firefighting techniques. Click on the link below to view the video.

Here are some pictures from the 2022 National Night Out event held at BVFD. Thanks to the many FD members, Auxiliary members, and Emergency Service people who participated!

Click on any of the pictures to see a larger version. Thanks to Katlyn Zimmer and Zach Kuhn for their photos.

We would like to express our sincere thanks to those who gave during the annual Erie Gives event recently, and who have supported us during our ongoing Fund Drive. Without you, we can't do what we do, so thank you!

Through the efforts of Dan Hesch from Kearsarge Fire Department and the First Ukrainian Pentecostal Church, the Belle Valley Fire Department was able to donate 8 sets of firefighting gear that will be sent to Ukrainian firefighters desperately in need of it. The children and adults in these pictures are friends and neighbors of Dan’s who helped unload the gear and prepare it for shipment to Ukraine. 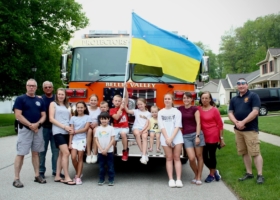 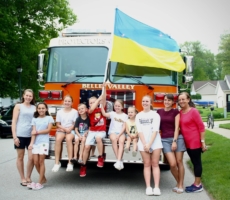 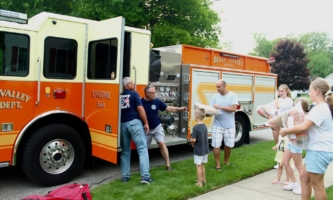 Election Of Officers/Board of Directors 2022

Results of the recent election are as follows. These positions become effective January 5th, 2022

Board Of Directors – Jeff Skonieczki

Board Of Directors – Ryan Geist

Line officers and support personnel will be appointed as soon as the chiefs review the candidates.

The department wishes to thank the 2021 officers for their hard work during a truly challenging year, and congratulates the team for 2022 and wishes them much success!

Another fantastically successful National Night Out hosted by the Belle Valley Fire Department at the station on Norcross Road on Tuesday, August 3rd!

We would like to thank the following sponsors and participants in the event:

Special thanks to the members of The Belle Valley Fire Department and Ladies Auxiliary for the many hours of time and effort spent planning, preparing, and volunteering at the event!

Extra special thanks to Nathanial Hall, operator of “Lawns 4 Locals” for his generous donation of $400 to the Belle Valley Fire Department! Nathanial is a young man who mows lawns for donations, which he then passes on to local businesses and organizations. 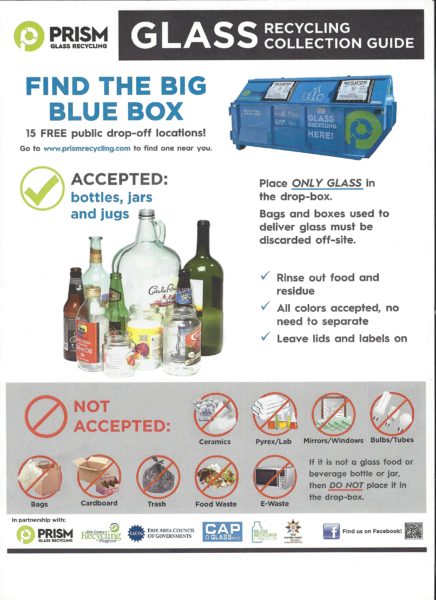 The Prism Glass Recycling container has been relocated from Headwaters Park on Wager Road to the East end of the Belle Valley Fire Department parking lot to enable easier access for East Millcreek Township residents.

Please be sure that glass items as shown in the guidelines are deposited carefully in the container only. If the container is full, please do not leave items around the outside of the container. Thank you for your assistance in keeping this area clean and safe for everyone.

These are the fire officers and support staff for 2021. These positions are in effect from 1/6/2021 through 1/5/2022. We are fortunate to have a number of members are interested in accepting the additional responsibilities that these positions require. Being a member of a volunteer fire department at any level requires a great deal of time and effort, and even more so for those accepting these positions. In addition to these officers and staff, we appreciate and thank all of our members, and look forward to serving our community in 2021 as we have since 1938!

Results from the recent Belle Valley Fire Department elections. All terms take effect on 1/1/2021 and are for one year unless otherwise noted.

2020 Officers and Board of Directors

Here are the BVFD officers and support staff for 2020:

Previously announced board of directors members and business officers for 2020 are: 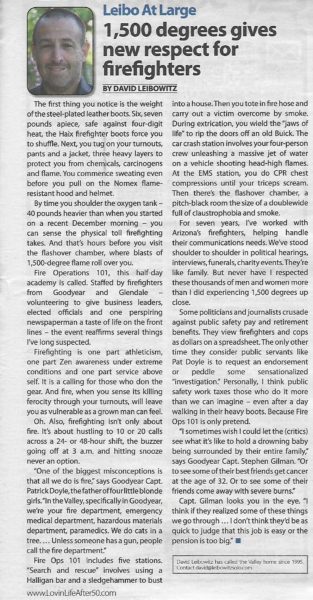 A Sad Day For Belle Valley

James M. Petrone, Sr., 75, of Greene Township, passed away, peacefully, at his residence on Saturday, March 4, 2017 following a brief battle with lung cancer.

James was a 1959 graduate of Cathedral Prep and worked at Port Erie Plastics for 42 years. He was owner of Jim Petrone Services and was a member, and former Chief, of the Belle Valley Fire Department for 52 years, most recently serving as Treasurer and on the Board of Directors. He was a member of the Erie County Firefighters Association for 40 years, the Fire Chiefs Association, and the Greene Township Planning Commission for 40 years. He served as the Greene Township Emergency Management Association Coordinator and enjoyed construction. He was a member of St. Boniface Catholic Church and various other county volunteer organizations.

In addition to his parents he was preceded in death by one sister, Marina Petrone Cockrell; his father and mother-in-law, Arthur and Mary Jean Murosky; a sister-in-law, Cheryl Meyer and her husband, Robert; and three brothers-in-law, J. Robert Tombaugh, Kenneth Holtz, and James A. Murosky.

In lieu of flowers memorial contributions can be made to the Belle Valley Fire Department, 1514 Norcross Road, Erie, 16510 or St. Boniface Catholic Church, 9367 Wattsburg Rd., Erie, 16509.

Please visit www.SchmidtFuneralHomeErie.com to sign the Book of Memories.

The gallery below contains pictures from the Belle Valley Fire Department archives showing some moments from Jim's 52 years of service to the department, and to the Belle Valley community. Click on any of the photos to enlarge them. They are in no particular order. 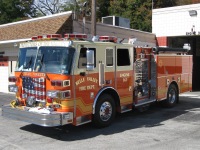 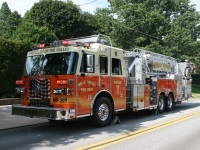 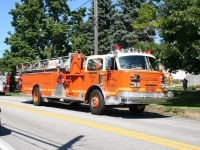 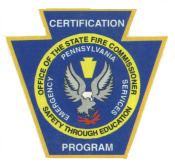